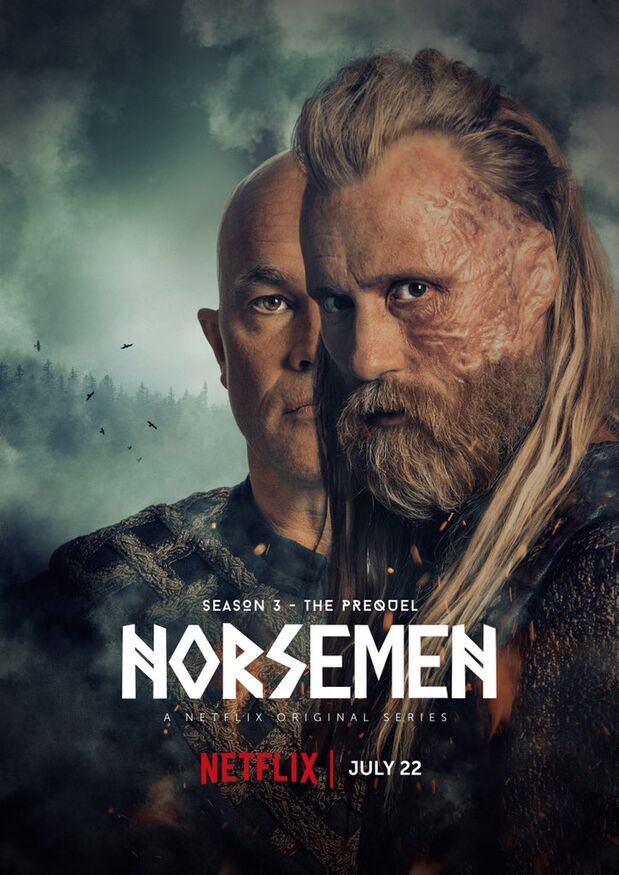 Season three of "Norsemen" presents a prequel to the previous two seasons. Photo courtesy of Netflix

As one of the smartest and funniest comedy shows on Netflix, “Norsemen,” also happens to be one of the most underappreciated.

As the Norwegian comedy enters its third season, it has yet to attract the audience it duly deserves in the United States.

For the first two seasons, the show executed consistent comedic gold mixing equal parts, “Monty Python,” “The Office” and “Game of Thrones.” Easily mistaken by a casual scroller as a simple, “Vikings,” rip off, its stunning Norwegian landscapes and intricate Viking costume design set it apart from any other modern comedy.

The realistic features of both costume and scenery perfectly clash with the show’s modern-leaning language and sometimes juvenile humor. Often, one character will use an expression that has yet to exist, confusing other characters. It’s in these moments of quiet confusion that the show hits the mark and precisely executes one-liners.

The fantastic writing is layered with the natural accents of its cast. Each scene is shot twice so the cast has the opportunity to do one version in Norwegian and the other in English, due to its initial airing on Norwegian cable television. Often, the combination of awkward humor and great writing is made exponentially funnier by the cadence of the language.

Jon Ever Helgaker and Jonas Torgersen, the creators of the show, say they found themselves including too many flashback scenes when beginning to write the third season. As a result, they decided to turn it into a prequel season. Because of the time shift within the story, certain characters such as Rufus, played by Trond Fausa Aurvåg, and Kark, played by Øystein Martinsen, are featured significantly less. The pair are arguably two of the show’s funniest characters.

“Norsemen” keeps its momentum going this season, but it does suffer slightly from the prequel aspect of it. Featuring some of the funniest characters significantly less was disappointing, and their absence can be felt throughout the short six episode season.

The plot relies heavily on the show’s ridiculous factor that audiences have become acquainted with over the past two entries. This season’s focus is on a young Jarl Varg, played by Jon Øigarden, during the early days of his rule. The writers include more juvenile humor in season three of “Norsemen.”
Photo courtesy of Netflix

Varg goes completely berserk after a comment is made about his balding head and proceeds to burn down the village with his friend and wife still inside.

“A man’s hair says everything about his personality,” Varg said immediately before burning down the village. “A bald man is like a blank rune stick.”

If this seems a bit absurdist for you, you are not wrong. The writers have tilted the scales in favor of slapstick, often presenting juvenile humor that was less prominent in previous seasons. While that aspect of the show usually works, it begins to grow old even with a short number of episodes.

Although nothing has been announced officially, fans should be expecting an announcement for season four relatively soon with both writers, cast and Netflix onboard.

It’s likely that writers will use this season as a platform onto which they will build and expand their joke itinerary. Much like “Arrested Development,” “Norsemen” is not afraid to use callbacks often, which is a compelling reason for a prequel to have been made at all.

Despite its minor flaws, the show is undoubtedly still worth the watch.